A light bulb moment: LED is the future

SANTA FE, N.M. — A few months ago, I decided to replace the lighting fixtures in our condo. It was long overdue. They had been installed in the mid-1980s. I went to Lowes and was surprised to find that almost all electric fixtures are now LED. I asked their electrical expert. “Yup,” he said, “it’s all LED now. They (the fixtures) don’t cost much more and they are way more efficient.”
I did some research. The incandescent lightbulb that most of us grew up with was patented by Thomas Edition in 1879. It is a very old technology and very inefficient. Incandescent bulbs produce light when their metal filament is heated by electricity and becomes so hot it glows. Incandescent lights are not very bright and have a short lifetime, but their worst feature is that they release 90% of their energy as heat. Not only is that wasted energy, but also in warm environments it adds extra heat to a home or office, requiring more air-conditioning. 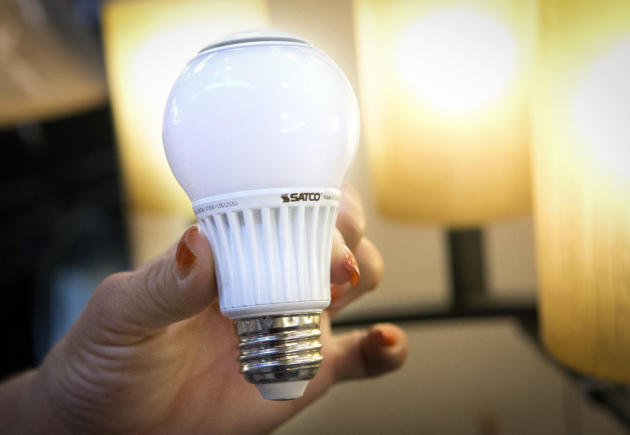 LED stands for Light Emitting Diode. And, yes, they are 90% more efficient than incandescent lights. They work on an entirely different principle. In LED lights, the electric current passes through a microchip that illuminates the tiny light sources called LEDs and produces visible light. The LEDs themselves are tiny, no bigger than a pepper fleck. Any heat produced is absorbed in a heat sink. They also don’t burn out. Over a long period of time, the brightness of the LEDs will lessen. This is known as “lumen depreciation.”

According to the US Department of Energy (www.energy.gov), a traditional 60-watt incandescent bulb will use $4.80 per year of electricity. A comparable LED light will use $1.00 a year. A traditional light bulb will last 1,000 hours; an LED will last 25,000 hours. That is why LEDs are now common in residential lighting applications and are used widely in such commercial settings as parking lots, outdoor lighting, refrigeration and for street lights. ENERGY STAR estimates that if you replaced just five light fixtures with LED bulbs, you would save $75.00 a year.

In 2019, the Trump administration rolled back the requirements for energy-efficient lightbulbs. The new standards had been put into place by President George W. Bush, and would gradually have phased out incandescent and halogen bulbs. The current president has been consistent in ending requirements that make consumer appliances more efficient and reduce fossil fuel consumption. Mr. Trump stated, “The new bulb … and I hate to say it, it doesn’t make you look as good … to me, most importantly, I always look orange.”

In fact, LEDs come in different colors. Red, amber, green and blue are common. To produce white light, colored LEDs are combined with or covered with a phosphor material that converts the color to the white light we are familiar with. My new LED lights are a comfortable non-glaring, rich white. They do not make anything look orange. LEDs run on direct current (DC), but all new LED fixtures now contain circuits for converting AC to DC. The LED fixtures I bought all came with their bulbs and converters. New replacement bulbs can be expensive, although their cost is dropping fast. The good news is that the bulbs last for years.

Do not confuse LEDs with CFL bulbs. The third common type of lighting is fluorescent lighting. Compact Fluorescent Lamps (CFLs) also use less electricity and will last longer than incandescent bulbs. They run on AC and can be screwed into your existing fixtures. They look like a spiral made of florescent tubes. They have also come down in price.